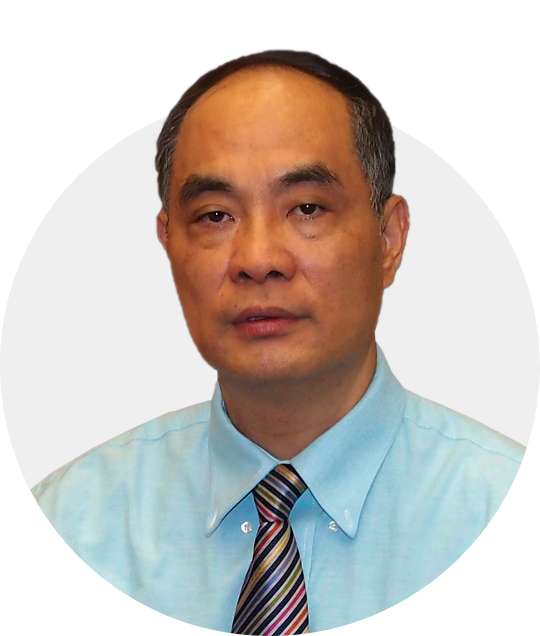 Huang studied Power Engineering at Fuzhou University from 1977 to 1979 and Circuits and Systems at Nanjing University of Science and Technology (NUST) from 1979 to 1982. He got his Master’s degree from NUST in 1982 and was a faculty member there from 1982 to 1986. He completed his Ph.D. study in automatic control at the Johns Hopkins University in 1990 and subsequently held a post-doctoral fellow position there until July 1991. From August 1991 to July 1995, he worked in industry in USA. In September 1995, he joined the Department of Mechanical and Automation Engineering, the Chinese University of Hong Kong (CUHK), and is now a professor and department chairman there. He is an Editor-at-Large of Communications in Information and Systems, Member of the Advisory Board of Transactions of the Institute of Measurement and Control, and Subject Editor of International Journal of Robust and Nonlinear Control, and Associate Editor of Science in China, Ser. F: Information Sciences and IEEE/CAA Journal on Automatica Sinica. He served as Associate Editor of IEEE Transactions on Automatic Control from 2002 to 2004, and an Associate Editor of the Asian Journal of Control from 1999 to 2001. He has been Guest Editor for IEEE Transactions on Neural Networks, International Journal of Robust and Nonlinear Control, and Asian Journal of Control. He served as a Science Advisor to the Leisure and Cultural Services Department of Hong Kong Special Administrative Region, and Honorary Advisor to Hong Kong Science Museum, Distinguished Lecturer of IEEE Control Systems Society, and member of the Board of Governors of IEEE Control Systems Society. He delivered plenary /keynote speeches in numerous international conferences.

Research Projects and Grants (in the recent five years)