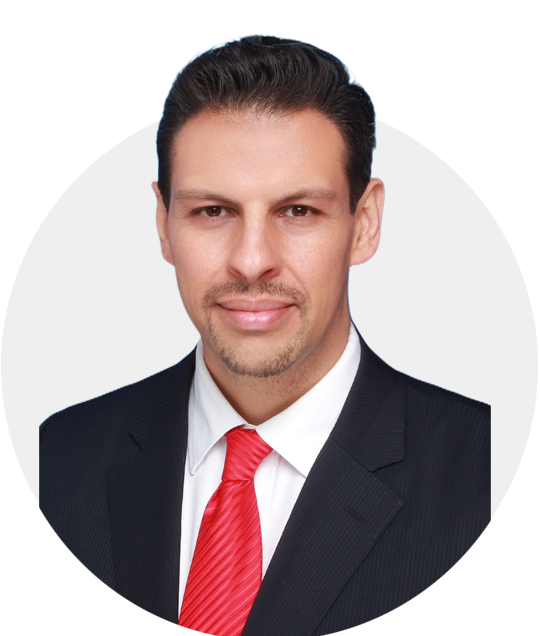 Dr. Juan Rojas studied Electrical and Computer Engineering at Vanderbilt University from 1998 to 2002, and studied the same major for his Master’s and Ph.D. degrees also at Vanderbilt University from 2002-2004, and 2004-2009 respectively. His post-graduate research was sponsored by NASA and guided by Richard Alan Peters II. It consisted in learning how to team up teams of heterogeneous robots to autonomously assemble structures that could potentially be built in space. After his Ph.D. Dr. Rojas took a temporary fellowship in China before continuing his post-doctoral fellowship at Japan’s National Institute of Advanced Industrial Science and Technology (AIST) in Tsukuba, Japan. He formed part of the Vision and Manipulation group under the supervision of Dr. Kensuke Harada where Dr. Rojas developed controllers for complex assembly tasks characterized by elastic forces. Furthermore, Dr. Rojas developed introspection methods to help the robot better understand its actions. Dr. Rojas then took an Assistant Professor position with the Department of Computer Science at the Sun Yat-Sen University in Guangzhou China where he continued his robot introspection research, particularly for complex and dynamic contact tasks. Dr. Rojas participated in the 2015 DARPA Robotics competition as part of the Hong Kong University team led by Wyatt Newman. Dr. Rojas was in charge of teaching ATLAS to drive the car. During this time Dr. Rojas developed popular ROS courses and MOOCs in China and led the translation of two ROS textbooks ROS-By-Example by Patrick Goebel. Dr. Rojas later took a Research Associate Professor at the Guangdong University of Technology where he led the Intelligent Manipulation Lab at the Biomimetics and Intelligent Robotics Group. Dr. Rojas further studied sought to model humans and objects to better inform robot actions, including in failure scenarios. He was named an IEEE Senior member in 2018. In August 2020, Dr. Rojas joined the Chinese University of Hong Kong as a Research Assistant Professor in the Department of Mechanical and Automation Engineering. He is part of the CUHK T Stone Robotics Institute where he serves under Prof. Liu Yun Hui. Dr. Rojas will continue to study how to encode intelligence by learning to extract and represent meaningful abstractions from the world, humans, and a robot’s internal working so as to solve more challenging dexterous manipulation problems.