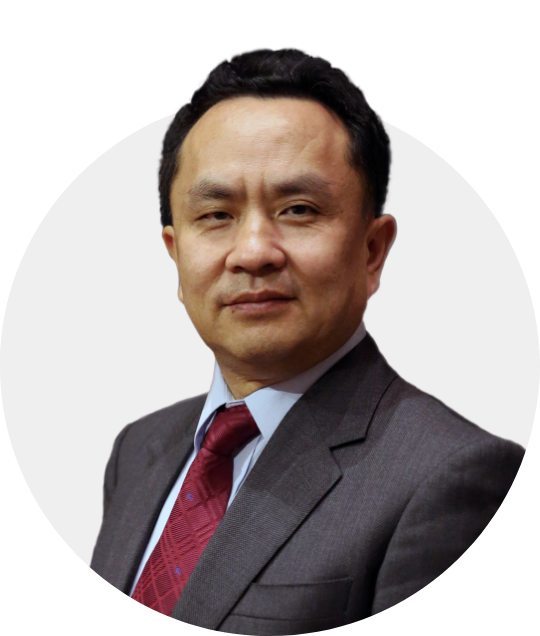 Professor Yunhui Liu is Choh-Ming Li Professor of Mechanical and Automation Engineering at the Faculty of Engineering. He received the Bachelor of Engineering degree at Beijing Institute of Technology in 1985, the Master of Engineering from Osaka University in 1989, and the Ph.D. degree in Mathematical Engineering from the University of Tokyo in 1992. After working at the Electrotechnical Laboratory of Japan as a Research Scientist, he joined The Chinese University of Hong Kong in 1995 and was promoted to a Professor at the Department of Mechanical and Automation Engineering in 2002. He is currently the Director of the CUHK T Stone Robotics Institute, and also the Director of Hong Kong Centre for Logistics Robotics, an InnoCentre funded by the InnoHK Clusters of the HKSAR government.

Professor Liu is a globally renowned scholar in robotics and automation. His research interests include vision-based robotics, logistics robotics, medical robotics, construction robotics, machine vision, and artificial intelligence. He has published over 500 papers in refereed journals and conference proceedings and was listed in the Highly Cited Authors (Engineering) by Thomson Reuters in 2013. Professor Liu has received numerous research awards from international journals and conferences and government agencies. His research is widely funded by Hong Kong RGC, ITF, QEF, the national strategic development grant, etc. He was the Editor-in-Chief of Robotics and Biomimetics, an IEEE Fellow, and a HKIE Fellow.