Soft robots are known for their dexterity in making structural changes that allow them to grasp objects and perform targeted drug delivery. There is a huge range of potential future applications for them. Coming up with a programmable modular design that brings different functional modules with varying materials together, however, has remained a key challenge, as has integrating them into one soft robot that can be adjusted as needed. Furthermore, to change shape under magnetic fields, magnetic microparticles have to be arranged in complex patterns, which poses a major challenge even to a soft robot of just a few centimetres long.

Professor Li ZHANG and his team were inspired by temporary tattoos, decals printed on transfer film and transferred onto the skin by applying pressure and moisture. The team borrowed the concept and programmed the soft robots for synthesis and transfer of prescribed NdFeB patterns onto PEI tape, commonly used for label stickers, to form a patterned template that can be inserted onto a more adhesive double-sided tape. Layer by layer, the magnetised NdFeB patterns from the template are transferred to the double-sided tape. The complete pattern is cut out from the double-sided adhesive tape using a laser, configuring the body of the magnetic soft robot. 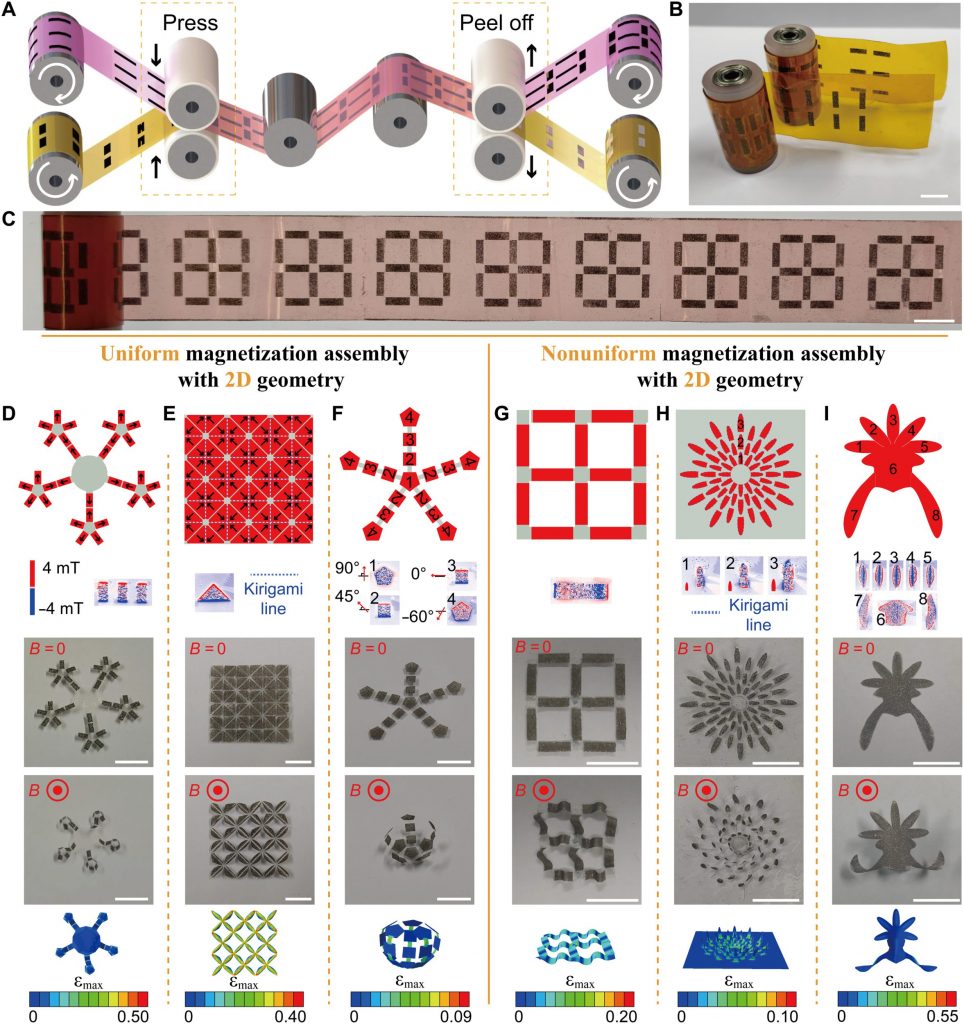 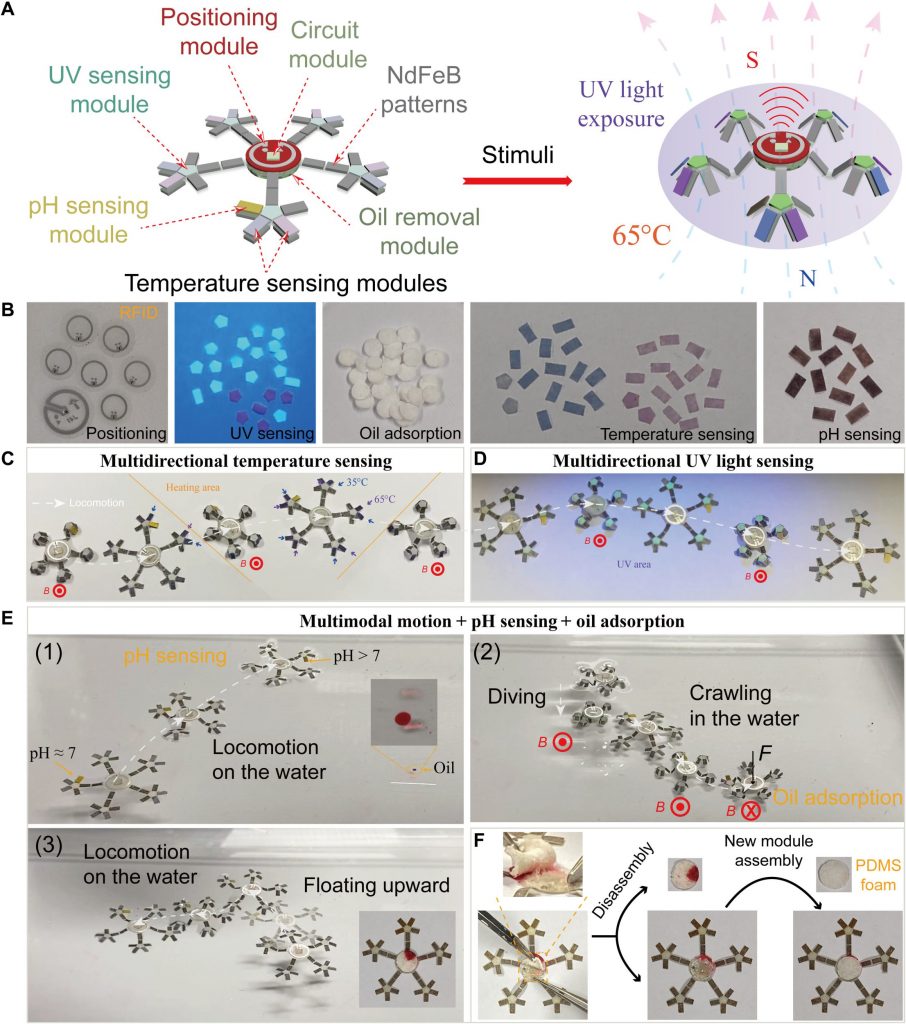 Module assembly of the multifunctional soft robot and its applications (image A). The robot is capable of crawling on dry surfaces, sensing ultraviolet light and temperature in the environment (image B-C). It is also capable of controllable movements on water surface, detecting pH value and diving into water to remove oil (D1-3). Depreciated and worn out functional modules can be replaced to improve the life cycle of the robot (image E). 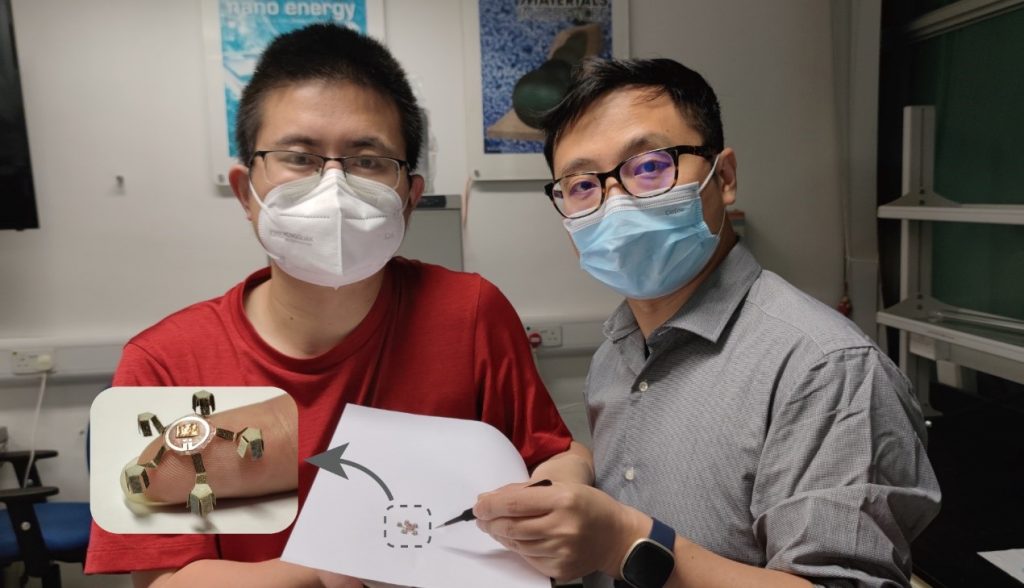 The fingertip-sized soft robot is only of a few centimeters. Professor Li ZHANG (right) and Dr. Yue DONG (left), the first author of the paper.

The full text of the research paper can be found at: