With Hong Kong’s construction industry plagued by manpower shortages over the past few years, safety has never been more important. As a first, a research team led by Professor Darwin Lau Tat Ming has developed a cable-driven robot which accurately mimics human movement to clean building windows and paint facades. The system is expected to replace human wiper and roller-based window cleaning and facade painting works at high-rise buildings, helping to relieve the industry’s labour shortages and reduce safety risks, and reducing occupational hazards.

Gondola systems are commonly used to carry workers to clean windows and paint the facades of high-rise buildings. However, the dangerous, harsh working conditions, particularly the effects of heat, wind and rain, extended working hours and high cost of insurance result in a lack of skilled workers and high labour costs. To address this problem, Professor Lau’s team has developed a cable-driven robot system that alleviates the dependence on labour. The movement of the robot and its platform can be programmed to clean windows or paint automatically. The system is also unique in that it combines the dexterity of robot arms with the cable-driven robot’s ability to work at large scales and perform complex movements. The system can also operate on surfaces that are not completely flat, making it more widely applicable.

With funding support by the Innovation and Technology Fund and Chun Wo Construction Holdings Company Limited (Chun Wo), a robotic system has been set up outside a building on the CUHK campus to study its applicability in a real-world environment. Chun Wo has already applied for a patent and intends to use it on construction sites after conducting further research. The company has also provided data to train the robot’s gestures so it cleans windows like a human worker.

Professor Darwin Lau Tat Ming remarked, “With the increasing demands on housing and an ageing workforce, the development of building construction and maintenance robotics technology potentially represents a game-changer both for construction workers as well as industry and the wider community. With the use of the system, workers will no longer be exposed to high-risk environments or work in mid-air, helping to reduce accidents. This is an exciting university-industry collaboration that has received generous support from government and Chun Wo, and we believe this novel technology will deliver exciting benefits.” 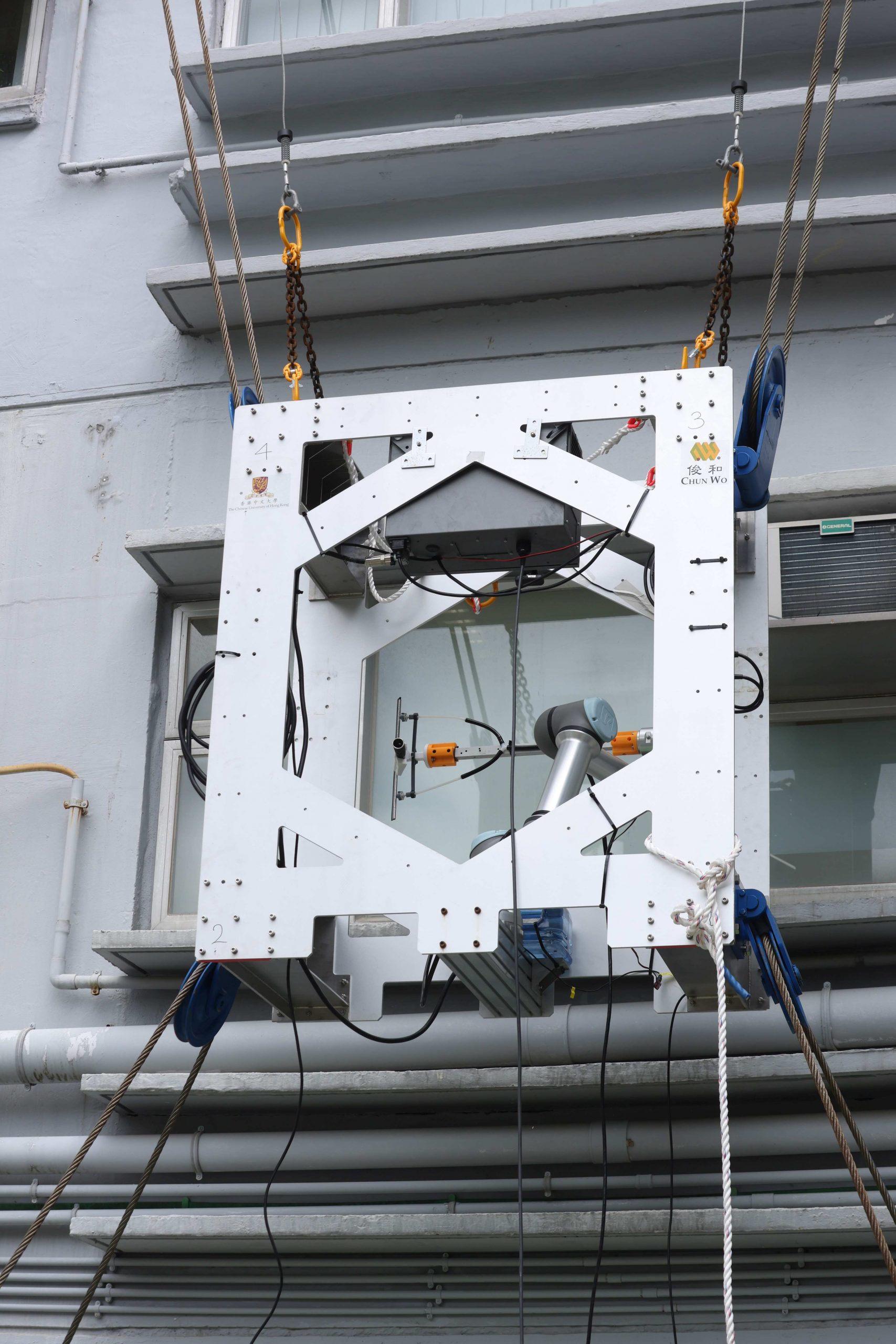 The cable-driven robotic system has been set up outside a building on the CUHK campus to test and demonstrate it. 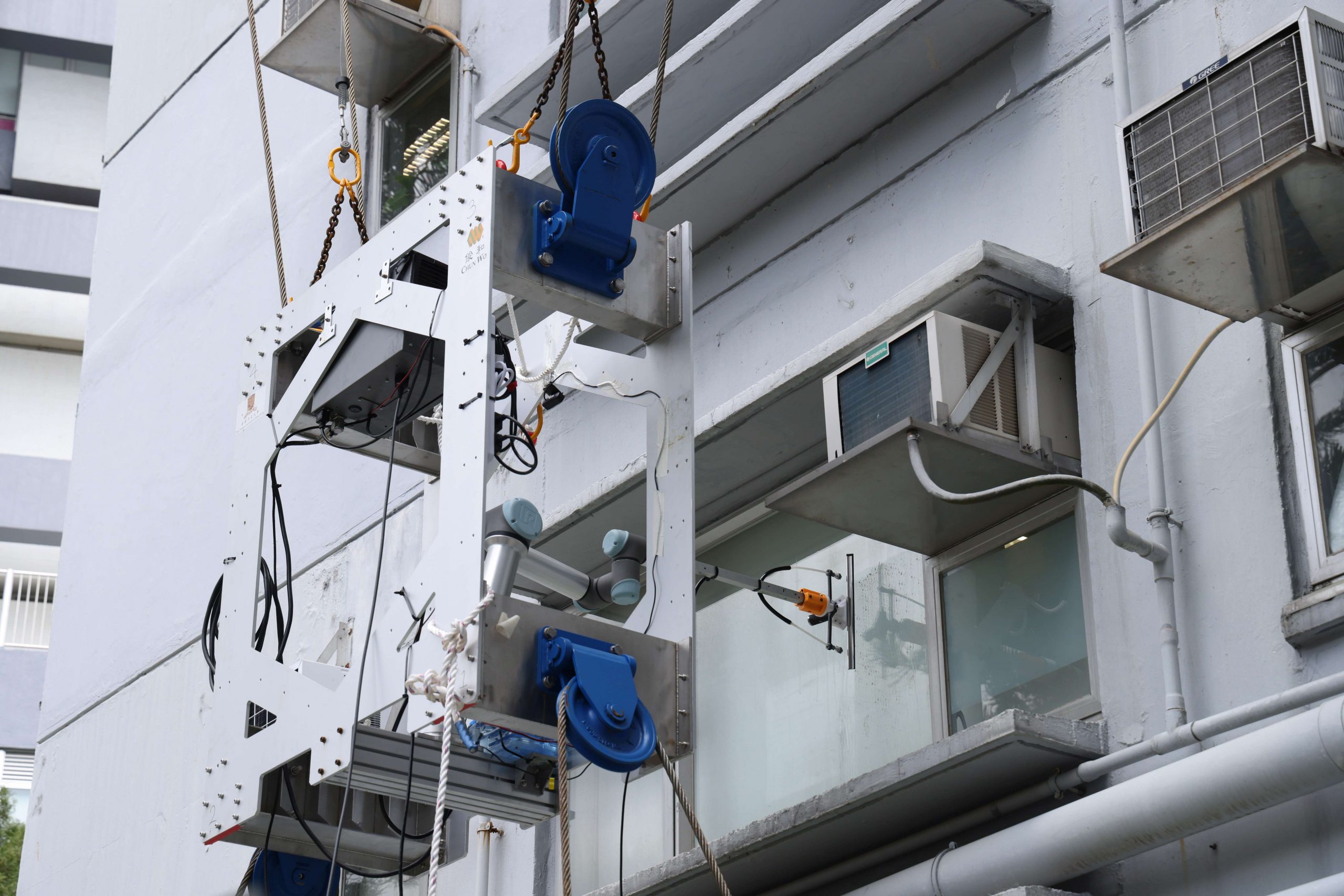 The cable-driven robot can mimic human movement to clean building windows and paint facades. The system is expected to replace human wiper and roller-based window cleaning and facade painting works at high-rise buildings, helping to relieve the industry’s labour shortages. The photo shows the demonstration of window cleaning. 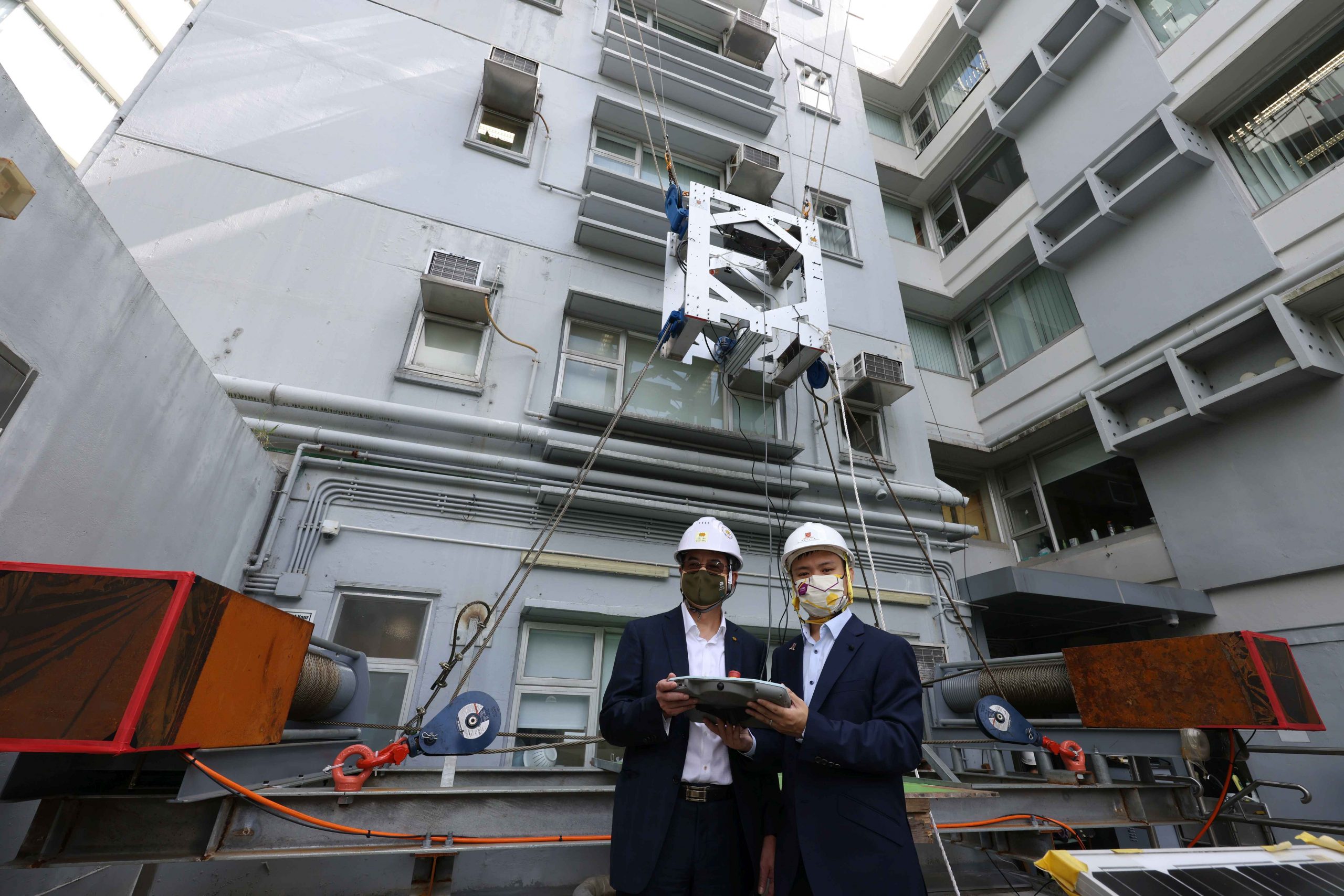