The slime robot, which was developed by Prof. Li Zhang and his research team, can deform, grab objects and move, just like the sci-fi movie creatures. Indeed, the robot design was inspired by the movie Venom, but it is different from Venom in a way that it is expected to bring benefit to human beings in the future.

The magnet particles in the slime give it conductivity and the capability to change its shape to navigate through narrow tubes and complex mazes, self-heal and grab objects driven by an external magnetic field. According to Prof. Li Zhang and Dr. Mengmeng Sun, the lead author of their recent publication, the slime robot is expected to be of great value in medical applications, such as removing accidentally swallowed objects like button batteries and sharp bones.

The study was widely covered by international media outlets including BBC, Guardian and New Scientist. The research team was thrilled about the overwhelming response, ‘It is encouraging to know that our study has aroused people’s interest and attention. We will keep it up and explore how the slime robot can be put into practical use in the future.’

The findings have been published in Advanced Functional Materials. 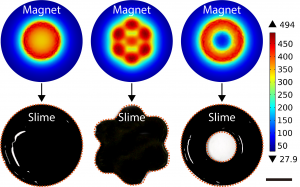 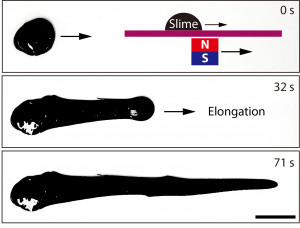 Figure 3. Overlapped sequential snapshots of videos show that the magnetic slime robot is actuated to navigate through the channel, tube, maze, and uneven surfaces in air. Scale bars, 10 mm. Under the control of a magnetic field, the slime can navigate freely through various terrains such as narrow channels, confined tubes, complex mazes, and uneven substrates.

Figure 4. Slime robot grasps a wire by curling behavior. Scale bar, 10 mm. By controlling the rotation of the magnet, the slime robot can be driven to curl.

Figure 5. Slime robot swallows tiny object. Scale bar, 10 mm. By moving the ring-shaped magnet, the slime robot can be made to open its mouth and swallow small objects.

Figure 6. The healed slime robot can withstand at least up to 8.6 times the stretch deformation. Scale bar, 10 mm. Slime robots are self-healing and can assemble robots of different compositions. 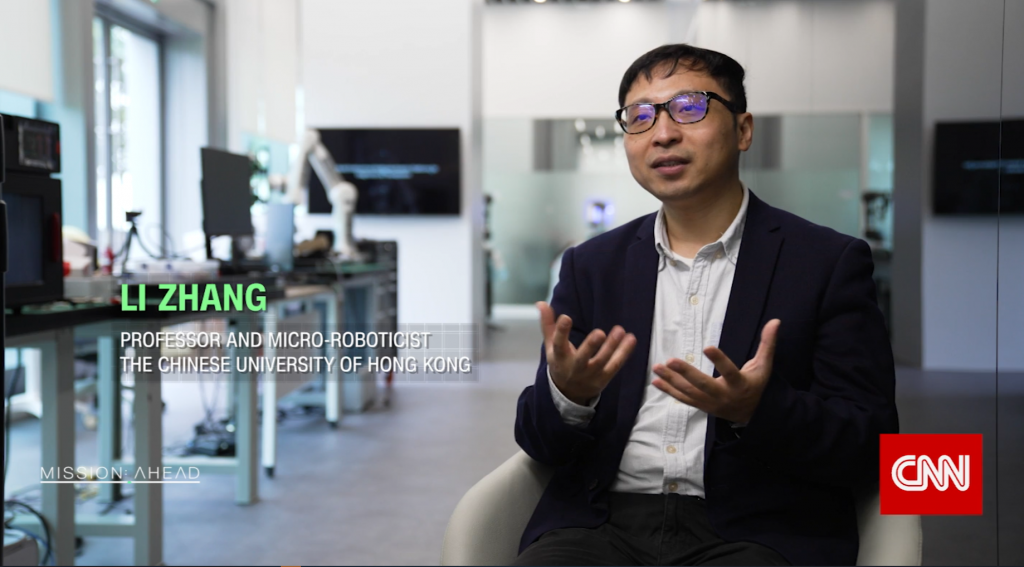